This paper does not intend to give an all-inclusive overview of presence theories, but makes use of one theory in particular to demonstrate its point that contemporary art can benefit from such interdisciplinary approach (5).

The chosen theory, which will be productively related to Huyghe’s work, is Caroline Nevejan’s conceptual model of YUTPA (an Aristotelian acronym for “Being with You in Unity of Time, Place, and Action”). Nevejan develops this theory in the context of a sociological study on how new technologies change the relationship between people. But the important part of Nevejan’s study for my analysis is that she theorizes the interrelated concepts of natural, mediated and witnessed presence which are crucial for understanding Huyghe’s work. Nevejan discusses the concept of “witnessed presence” — introduced at the beginning of this essay — in relation to two closely related concepts: “natural presence” and “mediated presence.” Her definition of natural presence is rather straightforward: “Presence as a phenomenon is, in first instance, associated with being physically present. Our natural presence is defined by our body, which is present at a certain moment at a certain place, and this is perceived by the body itself and/or by its environment” (Nevejan 2007, p.62). Mediated presence, in contrast, is not dependent on the living body. Nevejan describes mediated presence as the trace of any presence, from a footprint on the beach to a photo that testifies that someone has ‘been there.’ Mediated presence, then, is not necessarily dependent on technology. Still, it is clearly the kind of presence as mediated by technology and their effects on (new) social environments that Nevejan herself is the most interested in: “For centuries people have mediated presence consciously by telling stories, making drawings, sending messengers and writing books. Via technology people can now mediate their presence to other places in real time. Via radio, mobile phones, Internet, and TV we perceive other people’s presence in a variety of ways” (Nevejan 2007, p.13). Natural and mediated presence, in Nevejan’s theory, are closely linked to each other through an indexical relation. But the interesting aspect about witnessed presence — defined by Nevejan as “perceived presence” — is that it influences both natural and mediated presence. In Nevejan’s words: “Witnessed presence assumes an effect on natural and mediated presence; it has implications for the way people enact their being in natural presence and it also has implications for the way people enact their data identity in mediated presence” (Nevejan 2007, pp. 79-80). One of Nevejan’s claims is that in today’s technological society — i.e. the world conditioned by the contemporary media, from the printed media, radio, film and television to the computer and Internet — human beings are faced with multiple presences. Natural, mediated and witnessed presence respond to and act upon each other. The three terms, in other words, can not be separated from each other but should be thought together, at least if we wish to develop a conceptual framework for analyzing the complex media situations in which we encounter and negotiate these different kinds of presence in our everyday lives. Walter Benjamin already theorized the difference between physical and mediated presence in his renowned essay, The Work of Art in the Age of Mechanical Reproduction (1936), albeit within the specific context of the artwork. On the basis of the categorical distinction between the original work of art and its copy he defines the renowned concept of aura, which he locates in the ‘here and now.’ An artwork, however, that for its realization relies on its technical reproducibility, and thus can be copied anywhere and anytime, becomes detached from a specific time and place. Recognizing the central role of Benjamin’s essay for contemporary presence theories, Nevejan states: “Benjamin’s analysis of the aura of the original may be understood as the aura of what we call “natural presence.” But she adds that “seventy years of media history later Benjamin’s words have to be contextualized in his time” (Nevejan 2007, p. 69). Nevejan points to the necessity to put Benjamin in historical context because he lived in the age of film and photography rather than TV and the computer. Benjamin’s “age of mechanical reproduction” has been surpassed by the digital age, which obscures the relation between presence and representation beyond the mechanical reproduction techniques. Thus, Nevejan searches for another model of thought that could help clarify the co-existence of a variety of presences beyond Benjamin’s distinction.

Chatroulette as a Theatrical Platform 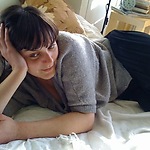 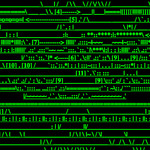