Mediated communication is very effective because representations and shared references do help people to understand what someone else tries to communicate. In the online world, people are mostly dependent on shared references to communicate qualities like taste, colour, smell or touch. References to shared experiences have more impact than a representation, like pictures or video, can have (interview Panghaal 2008). However, people do construct a sense of place, even when information is very limited. Human beings have the tendency to assume they are dealing with a stable universe. This also holds when dealing with mediated communication: people easily attribute missing elements to a situation to create an image of a stable universe (interview Sood 2008).

The sense of place is a sense of orientation and location in the natural world. Points of reference, like a bridge or a tower or a specific tree, make orientation possible. In the online world, neither the sense of orientation nor the sense of location is available. The online world has an algorithmic causality and aesthetics of its own (interview Jansma 2010). In the natural world, it is important for human beings to be centred in the place they are. Their bodies need centredness to be able to endure and sustain in interaction with their material environment to balance body, soul and mind (interview Panghaal 2008). In mediated communication, centredness is not a physical concept. In mediated communication, centre is where ‘sense’ emerges. ‘Sense’ can be created in mediated communication (interview van Splunter 2009).

The sense of place is created through engagement with a place, mediated or not, and by accepting the physical sensations and more complex emotions and feelings it holds. The body is the key in the experience of place. By centring one’s body, soul and mind acquire the viability to sustain and endure human activity in which the impact of material interaction is distinct. In mediated presence, affecting the human body as well, the centre is where sense emerges. Social, cultural and political realities define activity of both bodies and data in a place significantly. Human beings assume a stable universe and will ‘make up’ for missing elements, which is also why representations and references to shared experiences are effective. The body as beholder of the sense of place, the sense of well- being and centre of engagement, is fundamental to the design of mediated communication. Body sense, material impact, emotional space and situated agency contribute to the sense of place in on- and offline environments.

Place is defined by engagement 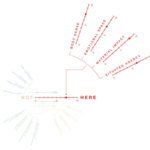 How to make strangers smile? 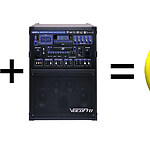 Martin Butler - It was a typical over heated, frustrated 2.30pm on a very warm and over crowded milan metro 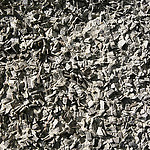