From the body to the tools 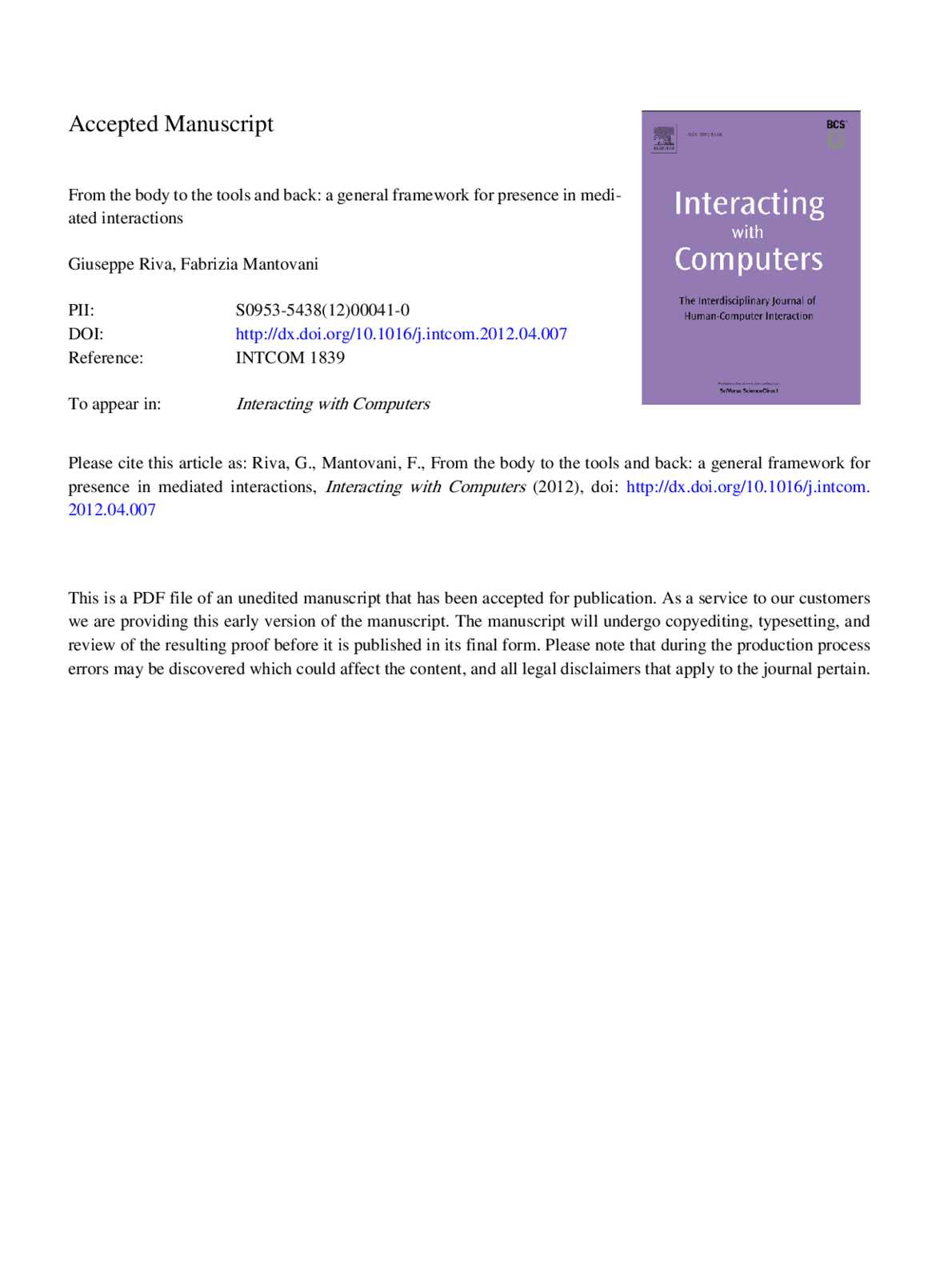 Different neuropsychological studies clearly show that the perception of our body and its surrounding space is not a given fact but it is influenced by the outcome of our actions (both direct and mediated by the use of tools). In this view, a possible starting point for a better understanding of Presence in computer-mediated interactions is the study of mediated action and its effects on our spatial experience.
Following a cognitive perspective, the presented framework describes Presence as an intuitive feeling which is the outcome of an experience-based metacognitive judgment that controls our action. This process monitors pre-reflexively our activity by
using an embodied intuitive simulation of the intended action developed through practice (implicit learning).
When actions are implemented using one or more tools, it is possible to distinguish between two different types of mediated action: first-order (I use the body to control a proximal artifact, e.g. a tennis player striking the ball with the racquet) or
second-order (I use the body to control a proximal artifact that controls a different distal one, e.g. a cranemen using a lever to move a mechanical boom to lift materials). These two mediated actions, when produced intuitively, have different effects on
our experience of body and space: a successfully learned first-order mediated action produces incorporation - the proximal tool extends the peripersonal space of the subject – while a successfully learned second-order mediated action produces also
incarnation – a second peripersonal space centered on the distal tool.

Giuseppe Riva has been part of the presence community for over a decade. He now focuses on cybertherpay mostly. His research addresses fundamental issues when relating to each other in mediated presence.